First off, this isn’t a review of a movie – before I lose your interest or disappoint you… Instead, it’s more of a tale of my reaction to a classic. 🙂

One of my favorite movies is When Harry Met Sally. I’m a sucker for rom-coms. Friends make fun of me for how often I watch the film. But it’s a classic. If you know anything about the movie, you probably know that at multiple points throughout the story line, Harry and Sally debate the film Casablanca. It’s a movie I’ve had on my list to watch for quite some time. A few weeks ago, I noticed the beautiful little theater downtown was advertising a special showing of the film for Valentine’s Day. I had never visited Kentucky Theater and was excited for the perfect reason to go.

It was a lovely evening and I was so pleased with the black-and-white film. It wasn’t that I had high expectations, but I knew it was a CLASSIC so I was intrigued to see what all the fuss was about.

The beauty of Ingrid Bergman as Ilsa and that classic voice of Humphrey Bogart as Rick in this black-and-white timeless feature, in the perfect viewing set up of a downtown theater of yesteryear, was a spectacular evening that brought color to the nostalgia and excitement I had for finally catching the show.

Isn’t it funny when you discover where certain phrases or ideas originated? Well that’s how I felt throughout the entire movie. I recognized so many quotes that had never truly made sense because I didn’t have the back story. I’ll explain…

I like to think I am an old soul. I’m old fashioned for sure. I read a description of my name in a baby name book as a teenager and it described “Sarah” as someone old fashioned. And even as a teen, I didn’t think “oh, that’s dull” but rather simply embraced it. For heaven’s sake, as a child I was most certainly old fashioned – and totally had my own sense of style – as the only nine-year-old who adored penny loafers, collared shirts and cardigans. (I still adore penny loafers, collared shirts and cardigans…)

So it’s not a surprise that I love old movies. And old music. And everything else from a time before me. But it’s hard to put into words just how lovely I found this movie. My love of Kate Spade New York design grew exponentially when I realized so many quotes on her trinkets came from this film.

Kate Spade New York brand embodies so much of the sweetness derived from the whimsical quotes sprinkled throughout the classic film. I’m easily so enamored by finding a correlation among some of my favorite things and this Valentine’s Day viewing of Casablanca had my heart so happy it could burst.

Here are a few of my favorite quotes from the movie:

One of Bogart’s lines toward the end that really tugs at you.

Rick: Ilsa, I’m no good at being noble, but it doesn’t take much to see that the problems of three little people don’t amount to a hill of beans in this crazy world. Someday you’ll understand that.

Bogart to Bergman in a flashback to when they fell in love, raising a glass to toast. Doesn’t this just give you butterflies and make you blush?!

Here’s looking at you, kid.

And another from the ending that really melts you…

Have you seen this classic? Do you have suggestions for others I should see? Comment or send me a message! 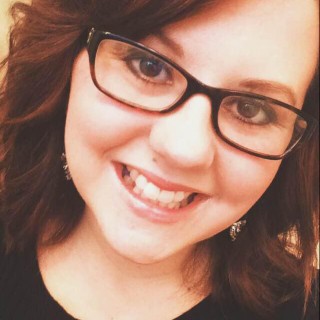 Sharing the stories and adventures of my sitcom-of-a-life. Kentucky gal with an OPI nail polish addiction. Living that gluten-free life.